Chief information officers are winning large gains in compensation as companies seek leaders to steer business-model changes that are built on digital technology.

CIO pay has jumped 37% in the last two years, according to executive recruiter Korn/Ferry International, in an exclusive analysis for the Wall Street Journal. Average compensation for a Fortune 500 CIO is $2.6 million, up from $1.9 million in 2015, the analysis shows.

An expanded role for CIOs means their performance is judged not only on the success of technology projects but also on the financial outcomes of that work. The at-risk portion of overall CIO compensation tied to corporate and technology goals has grown to 68% this year, up from 58% last year, said Craig Stephenson, managing director of Korn/Ferry’s North American CIO practice.

What was once a CIO’s aspiration — to be part of the public face of a company by wooing customers and generating revenue – is now, at many firms, the expectation.

Neal Sample, in a 24-year career that includes executive technology roles at American Express Co. and eBay Inc., traces the expansion of the chief information officer position from supporting role to strategic advisor to the CEO and board.

Express Scripts, at Fortune 22 with $100.3 billion in revenues in 2016, is looking to artificial intelligence and an array of internet-connected sensors for future growth. Early next year, the company plans to ship an asthma inhaler outfitted with a sensor that tracks a patient’s usage against his medical history to offer suggestions about more effective use of medications.

“In the past, the technologist could have been like the real-estate team. They needed to be really good at building a secure building but they did not care what happened in it,” he said. “Now, technology strategy is part of the business. It’s part of what’s being sold to customers.” 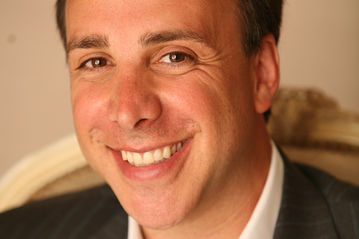 By mining data about the 50 million members in its Total Rewards loyalty program, Caesars found that a significant share of customers is curious about video-game tournaments and e-sports. That prompted Mr. Ottolenghi and his innovation team early this year to work with Microsoft Corp. to set up two Gears of War Xbox One tournaments at Caesars properties in Atlantic City and Las Vegas. About 1,000 people attended, with another 2 million viewing online.

As CIO, he still must cut costs and ensure the reliability of technology infrastructure. He’s in the midst of reducing Caesars’ portfolio of software applications to 80 from 600. But even that exercise is intertwined with the larger mission, which, he says, is “how fast are you going to enable your company to offer customers more of what they seem to be demanding?”

The convergence of faster, more accessible computing power with troves of internal and external data is creating opportunity and risk for businesses, which often rely on CIOs to help make the most of the new environment.

“Ten years ago, it was easier to define the impact of the CIO: Does email work,” said Mr. Stephenson at Korn/Ferry. “Now the CIO is playing more of a role in strategy and engaging customers through experiences.”

As a result, a greater percentage of CIO pay is tied to business results. Angela Yochem, CIO of Rent-A-Center Inc., says company performance at the firm, which operates about 2,350 standalone rent-to-own stores, often has as much impact on compensation as individual or team performance. “This is very appropriate for anyone at the senior executive level,” she said.

Mr. Lippert worked with MetLife chairman and CEO Steven Kandarian to develop a plan to reduce IT costs and invest much of the savings in new projects. For every $3 saved in MetLife operations, $2 is put toward technology. The initiative has helped finance a sales system deployed in Japan and due to be rolled out in the U.S. and Latin America.

“It’s not only myself looking at IT [projects] from the perspective of business value they deliver,” Mr. Lippert said. “All business executives are.”

There are no upcoming events at this time.